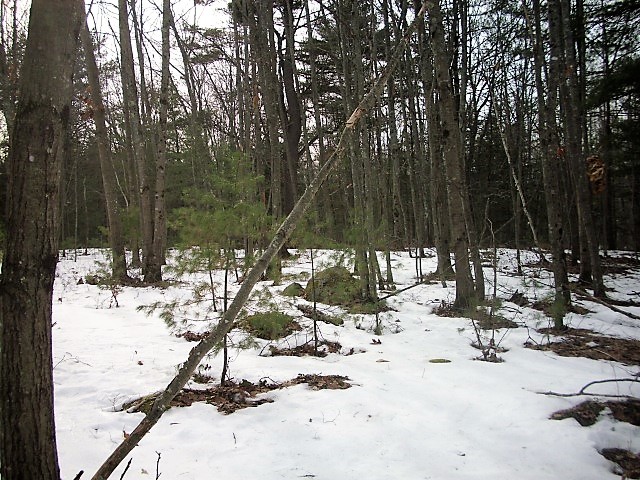 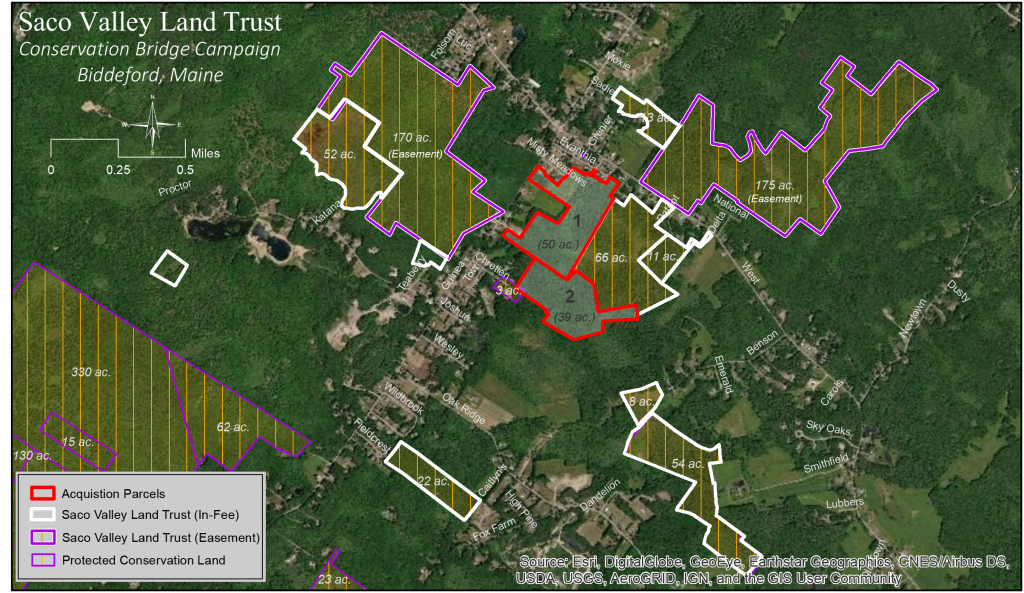 CONSERVATION EFFORTS CONTINUE IN BIDDEFORD
As SVLT approached its 30 year anniversary in 2017, we were offered a great opportunity to purchase two lots, totaling 90 acres of woods and wetlands in the Guinea Rd./West St. area of Biddeford.  Since the lots would help connect twelve of our fee and easement parcels that are near or within the state-designated Biddeford/Kennebunkport Vernal Pool Complex  we named this goal the Conservation Bridge Project.  The twelve lots or easements were acquired through donations by landowners, developers and the City, or funded through private foundation funding, wetland mitigation and federal grants.  With the addition of the two parcels, SVLT would hold almost 600 acres of significant habitat in this area.
Because of its unique geological characteristics, the Vernal Pool Complex is ideal habitat for many species of concern, including reptiles, amphibians, and migrating water- and song-birds. Its wetlands filter water into the Little and Batson Rivers.  Interspersed with wetlands, brooks and tributaries are uplands that reforested after the 1947 fire, and fields that are remnants of a farming past.
The newly acquired acres have received foundation support from the Maine Outdoor Heritage Fund, the Davis Conservation Foundation and Fields Pond Foundation, as well as a donation from Saco & Biddeford Savings Institution and many of our members and neighbors.
We have many plans for these areas: habitat protection and creation, forestry improvements, trails, and collaborations with educators.  SVLT will practice careful forest management to improve forest health and provide income for land stewardship into the future. We would also encourage other local property owners who appreciate open space to consider a donation, or offer of bargain sale.
Our initial goal has been met, and the parcels have been purchased. Funds are still needed to move forward with more environmental study and trail work.
Will you make a donation now?
Thank you!